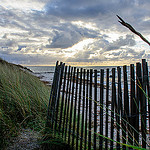 Click here to read “Psalm Six – Translation of the Song”

Verse 1 of Song 6 declares it has been composed to be accompanied by an 8-stringed lute. This declaration is immediately followed by a series of 7 commands which the singer directs to God:
v. 2 — “do not rebuke me”
— “do not chastise me”
v. 3 — “favour me”
— “heal me”
v. 5 — “return”
— “release  my soul”
— “deliver me”
In fact, the entire song is based on groupings or numbers: thus, verses 2, 3 and 5 form a unit, as noted above, while verse 4 interrupts to describe the fear and panic that the singer feels and gives voice to in his use of verbs of command — “until when”, he asks God, must he endure such anguish (v. 4). But verse 4 also completes verse 3, for verse 3 speaks of the singer’s body — his bones — as shuddering with terror; verse 4 adds that his soul too endures horrifying despair. Similarly, verse 5, in calling upon God to deliver the singer from his torments, echoes verse 3, which pleads with God to heal him. It is as though verses 2 to 5 play upon three  2-note chords: verses 3 and 5 both ask for mercy and healing; verses 3 and 4 describe the terror that afflicts both the singer’s body and soul; verse 2 completes and answers verse 5, as the singer’s dread of God’s anger (v. 2) is tempered by his recognition of God’s compassion (v. 5).
Verse 6 – “For in death there no mention of You; in Sheol who will praise You?” — is a jarring exclamation that separates the unit of verses 2 to 5 from the remainder of the song, thereby breaking the song in two. Nonetheless, verse 6 is the centre and most essential part of Song 6. To explain why, it is necessary to seemingly digress: the number 8, in Jewish thought, consists of 7 + 1 — 7 numbers the days of creation and 7-sidedness the shape of all creation (north, south, east, west, centre, top or beginning, and bottom or end); while 1 names that which is beyond nature. Though the idea that God is One, the Shema, is central to Judaism, nonetheless God cannot be defined as being beyond nature; for although God cannot be confined by or wholly contained in the natural world, nonetheless God is its creator.  The number 8 — or, more accurately, 7 + 1 — makes up the structure of the first half of the song, verses 1 to 6: the musical instrument, playing accompaniment to the song and its words, is 8-stringed ( v. 1); the 7 verbs of command that the singer issues to God, out of his desperate need for solace and tranquility, are completed by the one verse that stands apart, verse 6. And it is this verse that describes the Sheol, the abyss — that which is beyond nature — that imagines a metaphor, that is, for the state after death.
The Sheol is envisioned by the singer as a state of silence, in which God is neither mentioned nor praised. The simplest interpretation of the singer’s startling interjection of the Sheol into the mid-point of his song is that he is frantically seeking deliverance here and now, in his present life, and cannot wait til later, til death, a state which is covered in silence. The verses following verse 6, however, suggest that the Sheol may be a metaphor for the singer’s own inner state; for his own abyss, that is, of despair and terror. For verses 7 and 8 declare his vexation with — his anger at and sorrow over — his own groans and tears. It is as if he is turning from his own emptiness, from his own self-created Sheol.
The foes who are first and suddenly mentioned in verse 8, but again in verses 9 and 11, though real and actual enough, may also act as metaphors, if, indeed, he is depicting his own inner abyss: his enemies will be cast out, once God answers and heals him. In other words, his terror and self-weariness, his self-pity and despair, all these wretched emotions are the foes that have assaulted him and that he, through God’s help, will overcome.
But whether or not the Sheol of verse 6 is within the speaker, or whether or not it is a state beyond mortal life, a state beyond nature, or whether or not it functions as a description of both the singer’s inner abyss and the abyss that faces all mortals after death, certainly its impact on the song is to utterly change its direction: the second half of the song, verses 7 to 11, reflects an altered mood in the singer and a startlingly different response. Within verse 6, within that reflection upon silence, something changes within the singer; something he does not explain; something, then, that occurs in silence. And it is out of that silence that he is able to form his resolve and recover his strength: he turns from his grieving (v. 7 and 8) and confronts his foes (v. 9), sure that God has heard his pleas and that God will answer his prayer (v. 10). The past tense of “has heard”, coupled with the future “will take [receive]”, confirm that he, in the present, has the comfort of God’s presence. Verse 11 declares his ringing confirmation, sounding the closing chords of his song: it will be his enemies who will now be terror-stricken and fearful, and no longer he. The declaration answers his question in verse 4 — “until when?”  His own answer: “in an instant” (v. 11).

The movement in the song appears to be the singer’s as he shudders with terror, drenching his bed with his tears. Yet, in effect, it is he who is stationary; movement following about him: his enemies retreating, God drawing near. The verb “return” of verse 5 – his plea to God – and its corresponding opposite, “turn away” of verse 9 – his warning to his enemies – chart the revolution. In its midst is the song’s one constant – the singer’s voice, ascending to his listening God. Certain of deliverance, he envisions the time when his enemies “will turn back” (v. 11) – they, relegated to the past; he, turned toward the future.

(On a regular day, Ashkenazik recite Psalm 6 twice a day, in the part of Tachanun.)

Click here to read “Psalm Six – Translation of the Song”