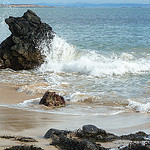 Central to Song 42 are the images of water and of sound. Through these images, the singer creates the means of bringing himself into the presence of God Whom he seeks.

Literary Analysis of Psalms is written by Dr. Victoria Rosenberg. The analysis is a product of the discussions between Rabbi Amram Maccabi and Dr. Rosenberg who weekly study a particular Psalm which inspires the analysis then posted on the website. Victoria Hammerling Rosenberg holds a PhD in English literature and has taught at Dalhousie and Mount St. Vincent universities.
Psalms
Font Resize
Contrast
Accessibility by WAH